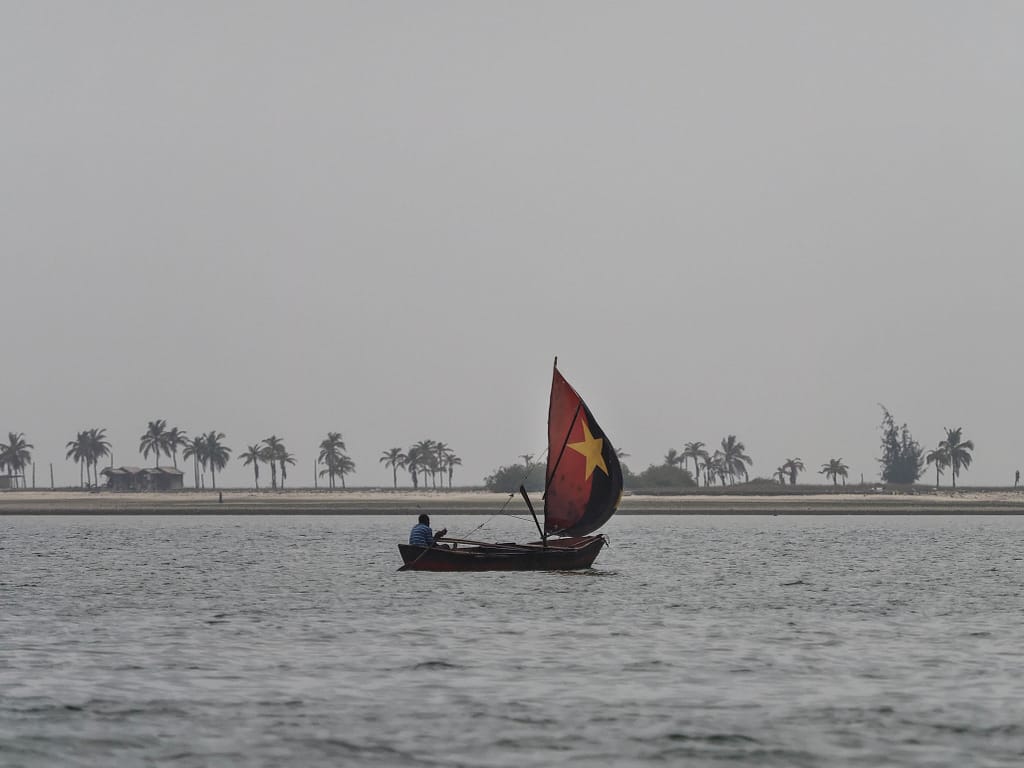 Top 5 Places to Visit in Angola

Angola, a country in the Central African region, is famous for its varied terrain encompassing the Sub-Saharan desert, rivers, and Atlantic beaches. This beautiful country is also famous for its hydroelectric potential, fertile agricultural land, and vast reserves of diamonds and oil. Angola has a few issues with its civil war, visa, and poaching issues, but this gorgeous country is worth visiting. Angola is a must-visit place for every nature lover. It is not just natural beauty; Angola also has a lot to offer in terms of local culture, stunning colonial architecture, and landmarks. Let’s explore the top places to visit in Angola.

The capital city of Angola, Luanda, is famous for its monuments, beaches, and nightlife. Numerous historical monuments in Luanda, including the Saint Michael Fortress, constructed by the Portuguese, the Fortress of São Pedro da Barra, the Agostinho Neto Mausoleum, and the National Museum of Slavery.

The magnificent Palácio de Ferro and the Sé Catedral de Luanda also charm the city. There is also a National Museum of Natural History, which will give you a comprehensive natural history of Angola. In the museum, you will see fossils of numerous animals, including birds, insects, and fish. In addition, there are some spectacular beaches near Luanda where you can relax and unwind in the sun, like Cabo Ledo and the Mussulo peninsula. You can enjoy beautiful views of the city from Mussulo.

The nightlife is also excellent here, with restaurants, malls, and bars. You can also dance till dawn in some clubs like Switch Supper Club. In addition, Luanda has several local handicraft shops where you can buy different handicrafts like baskets, textiles, paintings, and jewelry. You can bargain to your heart’s content in these shops and snag these beautiful items at affordable prices.

Formerly called Sá da Bandeira, Lubango has numerous beautiful places waiting to be explored. One of the most popular attractions here is the Serra da Leba mountain range. It has a stunning pass road constructed by the Portuguese connecting Lubango with Namibe. The mountain will give you several Instagram-worthy pictures. The Tundavala gap is another natural attraction in Lubango. You can enjoy stunning views of the surrounding area from the top of Tundavala. Lubango also has its version of Lisbon’s “Cristo-Rei.” The statue is located on a hill near the city and is a great vantage point for spectacular city views. There is also a Hollywood-style Lubango written in giant letters near the statue.

Located in Southwest Angola, the Iona National Park is the largest national park in the country. It is also a part of a trans-frontier conservation area that includes other national parks like Namib-Naukluft National Park and Skeleton Coast National Park. The park covers an area of 15,000 sq km and has been a reserve since 1937. The park suffered heavy losses during the civil war, entirely losing its elephant and rhino population. But now, conservation is underway to protect the region’s rich biodiversity. The park is home to the rare Welwitschia mirabilis, sometimes called the living fossil. In the park, you can see various animals, including springbok, zebra, oryx, brown hyena, cheetah, and leopard. The area is also affluent in marine biodiversity. You will also find a few “culturally intact” indigenous people in the park and the surrounding area.

Situated in Western Angola and bordering the Atlantic Ocean, the Benguela province has some of the best attractions in Angola. For art and architecture buffs, the Igreja da Nossa Senhora do Populo and Se Catedral de Nossa Senhora de Fatima are worth a visit. They are one of the most prominent religious sites in the province. In addition, Benguela province has numerous stunning beaches, including Praia Da Caotinha, Playa Morena, and Baia Azul. These beaches are good for relaxing and sunbathing. You will also get the best views of Benguela province from Praia Da Caotinha.

Kissama, or Quiçama National Park, is a natural wonder on Angola’s west coast, with dense vegetation, Baobab forests, and savannah grasslands. The park covers a total area of 9,960 sq. km. It was made a reserve in 1938, and then, in 1957, it became a National Park. It was highly neglected during the civil war, raising issues like hunting and poaching. But now the park has increased its wildlife with help from other countries. You can see a wide range of animals in the park, including bushbuck, buffalo, elephant, giraffe, eland, ostrich, waterbuck, roan antelope, wildebeest, lion, and zebra. The park is also a haven for bird lovers. Birdwatching is a prevalent activity here.

Angola is a hidden gem in the African continent that should be on every traveler’s bucket list. It has an abundant ecosystem, a rich history and culture, and warm and friendly people.