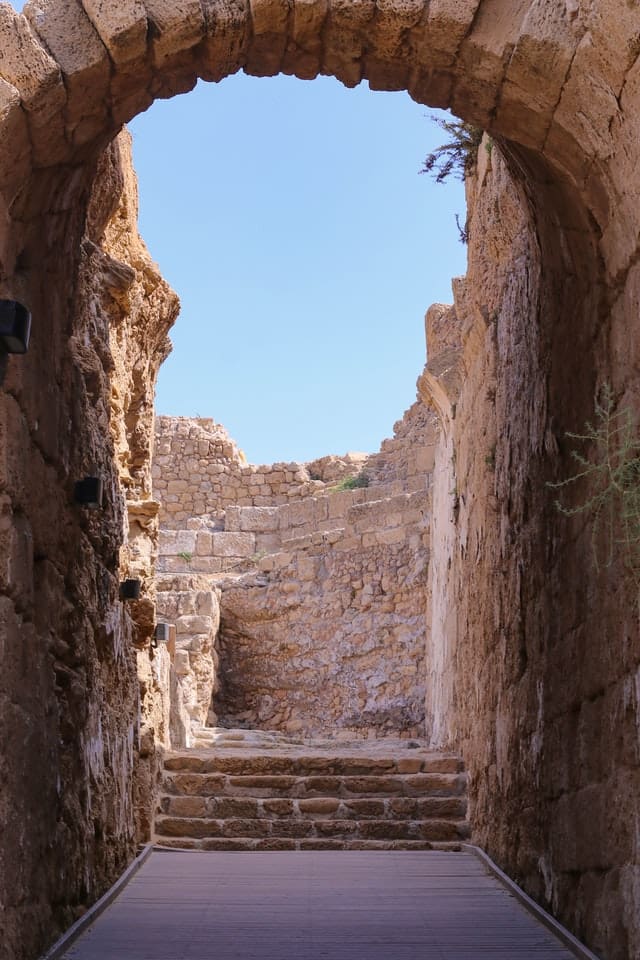 Ancient ruins offer a glimpse into the fascinating, forward-thinking, innovative, and talented societies. So many of these structures have withstood the vagaries of time, from well-planned cities to intricate temples, incredible paintings, and highly-skilled architecture. While the Roman and Greek ruins are well-known, there are so many others that you may not have heard of. Here is a list of the world’s six must-visit incredible ancient ruins to help you plan your next adventure.

Abu Simbel is one of the incredible ruins that Egypt is known for, apart from the Pyramids of Giza. Built by King Ramses II, who ruled Egypt between 1279 to 13 BCE, the two temples at Abu Simbel are located in Aswān muḥāfaẓah in southern Egypt, about 280 kilometers (173 miles) from Aswan.

The facade of the main temple is graced by four massive statues of Ramses that are awe-inspiring. The inner temple is guarded by four 20-meter-tall Colossi that depict Ramses II in various forms. The grand entrance takes you to the Hypostyle Hall, replete with mural reliefs, figures, paintings, and pillars. The Transverse Chamber and the Sanctuary of Gods are the other magnificent highlights of the temple.

The UNESCO World Heritage site is the historic capital of Thailand and is sure to dazzle you with its striking ruins and intricate wats (temples), and reliquary towers. Ayutthaya was founded in c. 1350 by King Ramathibodi and was the Siamese capital before being destroyed in the 18th century by the Burmese.

At the center of the city is the Ayutthaya Historical Park, which gives you a comprehensive overview of this ancient city’s past glory and history. Temples that dot the park include the beautiful Wat Chaiwatthanaram, Wat Phra Si Sanphet, Wat Phra Ram, Wat Ratchaburana, and Wat Mahathat. The stone Buddha’s face peeking from the roots of a tree at Wat Mahathat is one of the most famous spots in Ayutthaya.

Amidst the thick jungle near Belize in northern Guatemala is one of the most visited archaeological sites -the ruins of Tikal. Visiting this well-preserved city is the best way to know more about the Mayan culture. Occupied between 600 BC and 10th century AD, the city has over 3000 structures, including temples, acropolis, plazas, and pyramids.

The Caral or Caral-Supe civilization refers to the pre-Columbian society with many settlements in the Supe River valley. Located in Peru’s Norte Chico region, the Caral complex is spread across 150 acres featuring stone and earth dwellings, plazas, and a temple that is a 28-meters-high.

This city, constructed between 3000 to 1800 BC, is the oldest civilization site in the Americas. A monumental settlement sits with stone and wood structures on a desert terrace. The lower and upper half of the city include six pyramids, residential units, and Chupacigarro, an archeological site. There are also astronomical observation points and a geoglyph (motif) of a human with an open mouth and long hair.

This 5,000-year-old North African city is a strong contender in the list of must-visit ruins of the world. While the Berbers founded the ancient city, it later served as the Roman empire’s outpost. Occupied for ten centuries, the city was a melting pot of cultures and architecture. Volubilis is between Fez and Meknes, two of Morocco’s Imperial cities.

One highlight is Galen’s Thermal Baths, which reveal the highly developed underground heating system. The marble Triumphal Arch, constructed in 217 CE and renovated in the 1930s, is another distinctive sight.

The House of Orpheus is the largest excavated residence with a beautiful Orpheus mosaic and a dolphin mosaic.

The incredible rock-cut caves in Ajanta in Aurangabad, Maharashtra, were built in the 2nd century BC during the Gupta dynasty. The cluster of thirty caves is embedded in a stretch of horseshoe-shaped rock on a hill that faces a stream—these caves house masterpiece Buddhist paintings that tell the stories of Buddha and his previous lives.

Although the rich ornamentation on these cave pillars is noteworthy, Ajanta is known for its fresco-type paintings, the most prominent being the Bodhisattva Padmapani in Cave 1.

Built between 600 and 1000 CE, the magnificent Ellora Caves can be reached with a 2-hour drive from the Ajanta caves. Comprising Jain, Hindu, and Buddhist temples and hundred caves, Ellora served as a shelter for traveling monks and a trade route.